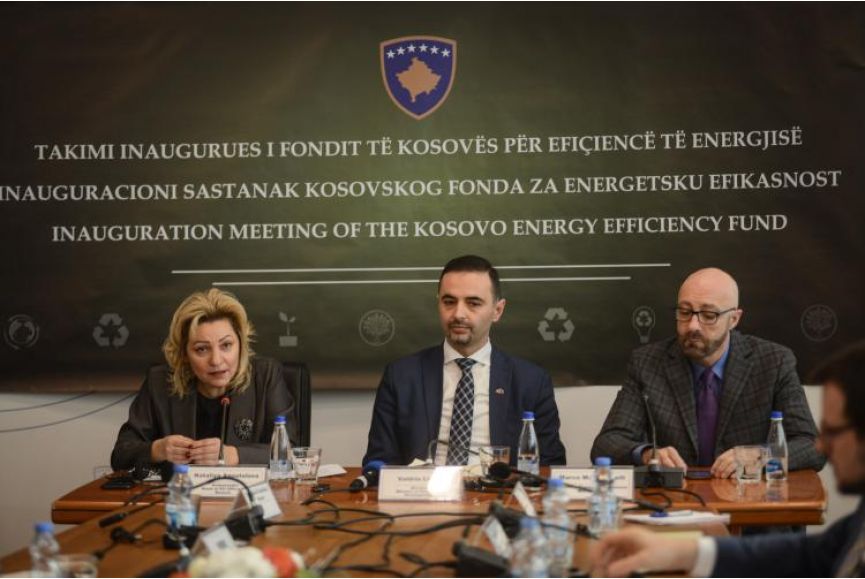 Kosovo becomes the first country in the Western Balkans to launch an Energy Efficiency Fund.

Nataliya Apostolova, head of the EU Office in Kosovo at a conference today said that Kosovo still faces challenges such as sustainable energy supply, and that energy efficiency is the only viable alternative, which increases security and sustainability of energy supply, creates jobs and improves the environment.

"It is critical that reforms in the energy sector in Kosovo are in line with the Energy Community Treaty and with the SAA, with a view to gradual integration with Europe's energy markets. Energy Efficiency has always been and will remain on the focus of EU funding in Kosovo. Over € 19 million on the implementation of energy efficiency measures in the public buildings by the EU in the past. We expect the Fund will be fully staffed with a professional team in the next 2 months so it can start implementing energy efficiency projects in public buildings. It is very important that schools, kindergartens, health centers benefit from the Fund across Kosovo, "said Apostolova.

Marco Mantovanelli, World Bank Manager for Kosovo among other, said that Kosovo is leading in terms of energy efficiency in the Balkans. He also added that current EU and World Bank investment related to energy efficiency focused of public buildings and in the future it is foreseen to be raised even at the private sector level.